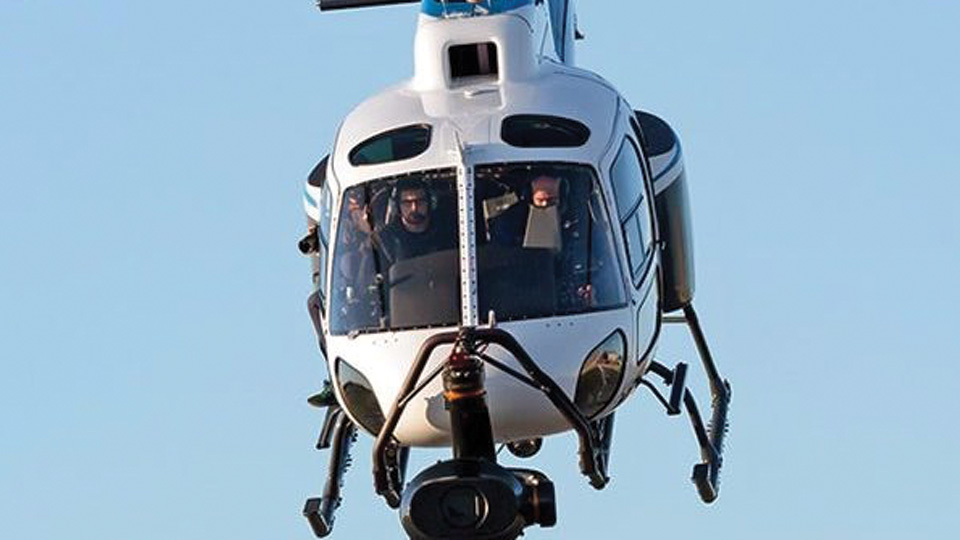 Led by stunt pilot and aerial coordinator Kevin LaRosa II, Helinet Aviation’s Production team is hard at work filming the next blockbuster! Aerial DoP Michael FitzMaurice and Aerial Coordinator/Helicopter Camera Pilot Kevin LaRosa Jr are among the crew aboard for fighter pilot movie 'Devotion', which gets underway next month in Savannah, Georgia.

The aerial epic will chart the true story of U.S. Navy fighter pilots, Jesse Brown and Tom Hudner, two young men from different worlds. Initiated together into the VF-32 squadron, they are pushed to their limits flying a new design of fighter jet. Their friendship is tested to the hilt when one of them is shot down behind enemy lines. Key to that spectacle will be the film’s pilots and a fleet of vintage aircraft. In-demand aerial coordinator and helicopter pilot Kevin LaRosa Jr, known for his daring work on a string of blockbusters including Captain Marvel and Spider Man: Homecoming, was coming off Top Gun: Maverick when he got the call.

“Black Label came to me and said, Kev, we want what you did on Top Gun, but you know, 10 times more. Can you do that for us?” LaRosa and his team have sourced 11 planes for the film, including Bearcats, Corsairs, Skyraiders and MiGs. They’ve been prepping and shooting some of the aerial scenes in Washington State, whose wintery terrain more closely approximates Korea at the time. Today, we can reveal the first images of the movie taken from the ground and air last week during prep, including shots of the fighter planes taken by aerial DoP Michael FitzMaurice who also worked on the Top Gun sequel, and leads Majors and Powell in the cockpits of their Corsairs.

“We’ve sourced original planes from the period from across America and we’ve painted them to match the squadrons in the script,” explains LaRosa. “We’re being very ambitious. Every project we do, we look to set the bar and raise the limits for what’s possible.” The team will use drones, camera mounts, helicopters and jetcams as well as ground cameras to capture the dog fights. LaRosa Jr is another member of the team who has taken inspiration from his father. LaRosa Sr is a veteran movie pilot known for films including Independence Day and Godzilla and whose career stretches back to John Carpenter’s 1984 sci-fi Starman.

“My whole life has been growing up in the warbird community,” explains LaRosa Jr. “My father used to own a P-51 Mustang, a T-6 and a T-28, which were all World War II era aircraft. I grew up with these aircraft, with the smell and the sound of them, flying them with my dad. They feel kind of like home. ”Devotion co-star Powell worked closely with LaRosa and FitzMaurice on Top Gun: Maverick, on which the actor developed a head for heights. “Glen used Top Gun to get his pilot’s license,” says LaRosa. “He’s an aviator now. We’ve been building back up his G tolerance again in the warbird so that when he gets in these aircraft he’s ready to go, physically and psychologically.” 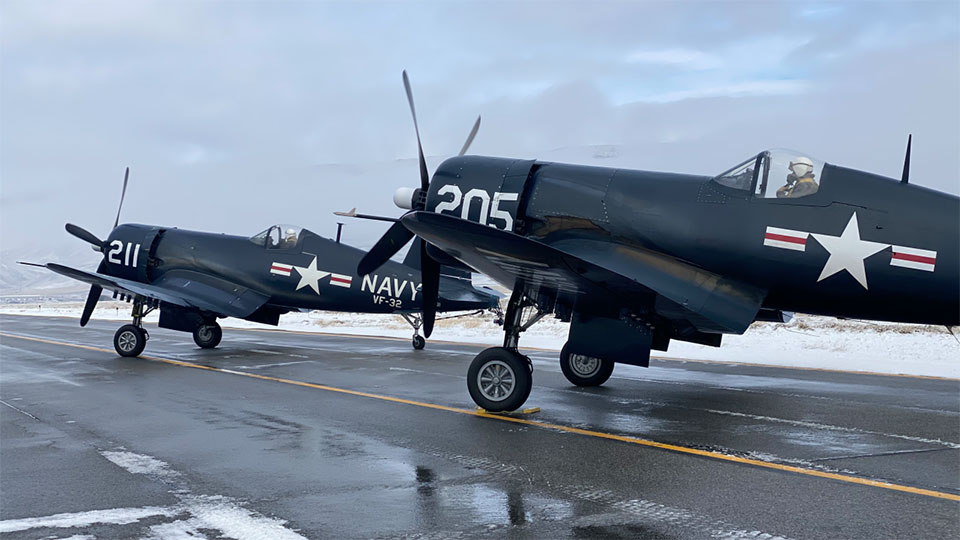